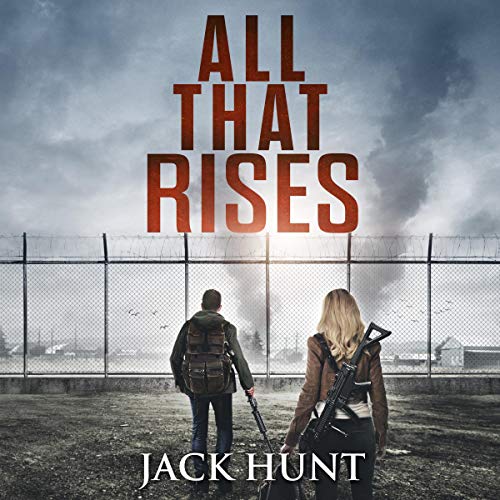 CHECK IN EARLIER WEEKS FOR BOOKS 1-3, HERE ON AUDIOBOOKPROMOCODES.COM Who will survive in the fourth and final book in the best-selling Lone Survivor saga? After a hellish journey on the Appalachian Trail, Landon Gray reunites with his wife Sara, only to learn of her infidelity. But that’s only the beginning of their troubles. Although all is calm in the coastal community of Castine, Maine, death is at their doorstep. As tragedy strikes close to home, and Mick Bennington manages to turn the tables on them, the small town they worked so hard to defend is now on the verge of collapse. Without the support of militia and residents turning on one another, the survivors have no choice but to leave. But leaving isn’t easy when the family is divided and danger lurks around every corner. Will the Grays pull together before it’s too late, or will Castine fall into the hands of a tyrant? All That Rises is the fourth and final book in Lone Survivor, a post-apocalyptic EMP thriller series that follows a group of survivors as they fight to stay alive after an EMP destroys the nation's power supply. CHECK IN EARLIER WEEKS FOR BOOKS 1-3, HERE ON AUDIOBOOKPROMOCODES.COM