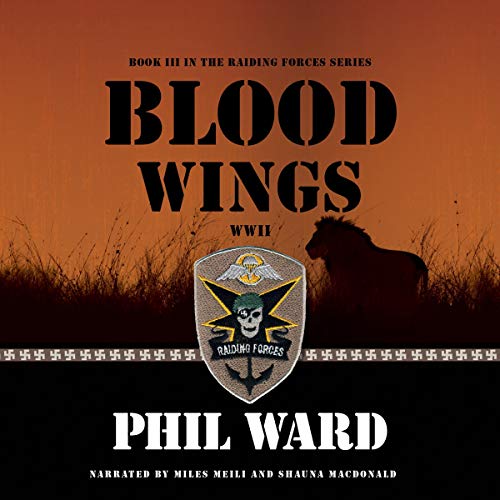 In this sequel to Dead Eagles, US Major John Randal, commander of Strategic Raiding Forces, returns in Blood Wings, the first book in a trilogy within the Raiding Forces series about the Abyssinian Campaign. Major Randal parachutes into the middle of Italian East Africa with orders to raise a guerrilla army. Everything that can go wrong does. Blood Wings is a story of unconventional warfare and the ability to improvise, adapt, and press on against overwhelming odds. As in the first two Raiding Forces military adventures, Major Randal takes on a long-range, independent mission against incredible odds. He proves once again that he is the best unconventional commander Special Operations Executive can call on in a time of desperate need. ***Look for other books in this series here on freeaudiobookpromocodes.com