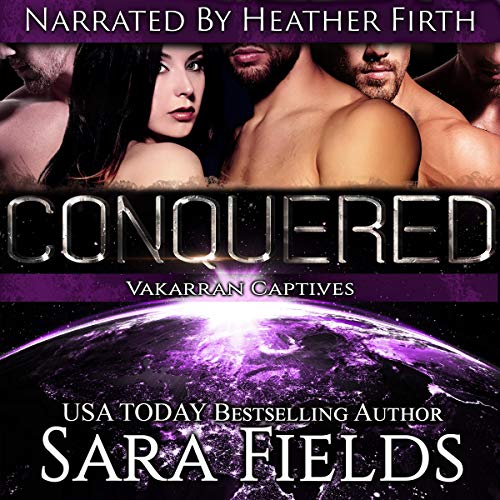 They've conquered Earth. She's next. I've lived in hiding since the Vakarrans arrived, helping my band of human survivors evade the aliens who now rule our world with an iron fist. But my luck ran out. Captured by four of their fiercest warriors, I know what comes next. They'll make an example of me, to show how even the most defiant human can be broken, trained, and mastered. I promise myself that I'll prove them wrong, that I'll never yield, even when I'm stripped bare, publicly shamed, and used in the most humiliating way possible. But my body betrays me. My will to resist falters as these brutes share me between the four of them, and I can't help but wonder if soon they will conquer my heart.... Publisher's Note: Conquered is a stand-alone novel which is the first book in the Vakarran Captives series. It includes spankings, sexual scenes, intense and humiliating punishments, and strong D/S themes. If such material offends you, please don't buy this book