Double or Nothing - A Royal Sports Menage Romance 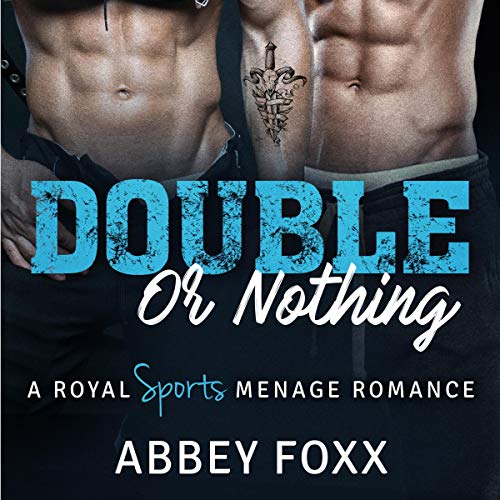 A whole new meaning to the word "teamwork". Marissa I've never been very good at being a princess. The ceremony, the outfits, the acting a certain way. It's never really been me. Which is why my parents should have seen it coming. I know the idea was to marry me off to a rich businessman in order to preserve our name, but the reality is, I just don't like to conform. If anyone's going to tie me down, it's going to be Logan and Carter. Those powerful arms, those smoldering eyes, those infinitely kissable lips. And those aren't even their best assets either. Did I mention those chests, those hands, those incredible, unforgettable, absolutely unbelievable, eye-watering, tongue smacking, panty melting packages? Two bad boy alpha male football players or one fat, ugly businessman? Not just for my first time either, I'm thinking long term, and these two make three the magic number. I guess that makes me a little bit different from the rest. Or maybe I'm just the only one who's brave enough to admit it. Now all I've got to do is convince the King and Queen we're right for each other, because after Logan and Carter have had a taste, I know none of us will ever be able to stop. I can barely believe how good it is myself, but these two bring a whole new meaning to the word "teamwork". To put it another way, it's off the charts hot if you know what I mean. Absolutely mind-blowingly awesome. Times two. But don't just take my word for it, read on and see for yourself. A word of warning, though: I don't hold back, and neither do they. This full-length menage romance contains steamy scenes between an open-minded but inexperienced princess and two very experienced and very naughty football players. It is a love story with a full, carefully developed plot, a happy ever after, and absolutely no cheating. There is also some sports.