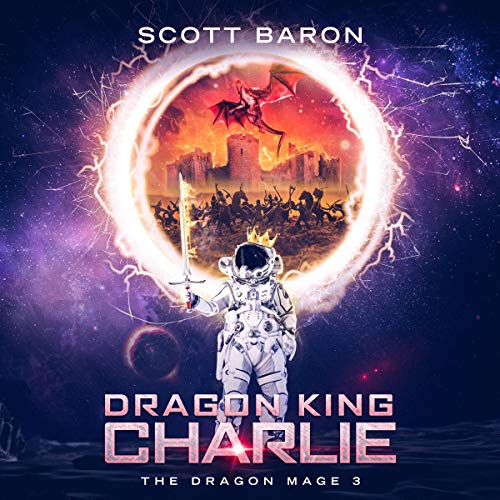 Charlie thought building a spaceship had been tough, so being king should be a piece of cake. Unfortunately, it was like a cake made of cement. Hard to swallow, and just might kill him. It was good being king, or so Charlie had believed. After an abrupt crash arrival, people had finally stopped trying to kill him - for the most part, anyway - and his new subjects respected him. Or feared him. It was sort of hard to tell, what, with the ginormous dragon who had eaten the previous king standing right behind him. In any case, Charlie was now ruling this realm as best he knew how. And it all seemed to be going well. But he worried it wouldn’t last, and just his luck, word of a strange new threat soon reached his ears. A threat that might even have a bit of magic on their side. Of course, that was impossible on this non-magical world, but he had begun to accept that the impossible seemed to follow him wherever he went, like a hungry dog lurking in his shadow. Faced with an unseen enemy, Charlie had to not only keep his friends safe, but the people who looked up to King Charlie as well. It was going to be a hell of a task, and the spaceman from Earth only hoped he was up for the challenge.