Dreamwalker (Legends of the Fallen Book 1) 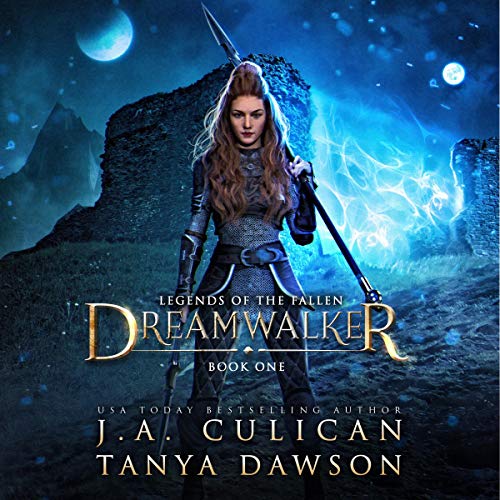 She's dreamed of being a great warrior. Instead, she becomes her world's worst nightmare. Aria is living the life of a healer, a position that's been forced on her to keep her away from her dream-walker abilities and her true desire of being a warrior. But there's one dream that refuses to leave her alone - a man in a barren landscape of sand and rocks and ur'gel, deadly creatures designed for war. But as she fights to learn how to hone her dream-walker gifts in order to save this man whom she feels an odd connection to, her world folds in around her. Her village is attacked, and her brother is taken. The ur'gel demand one thing: bring Beru. The man from her dreams. But all the information she has about the man called Beru is that he was a traitor to the great hero, Onen Suun, who imprisoned the fallen over two centuries ago. If she frees this enemy in order to save her brother, how could she live with herself? But if she doesn't and her brother dies.... Save her brother or start a war. The decision is hers.