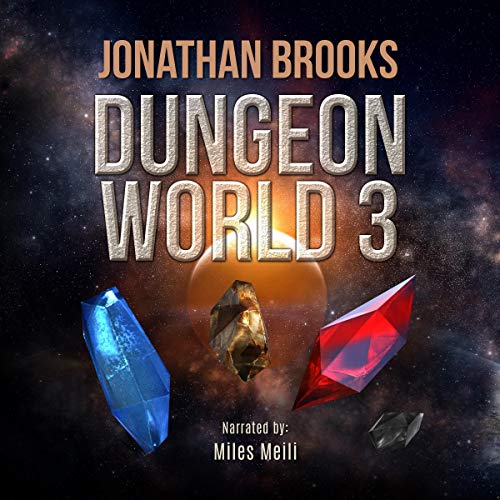 Following a miraculous resurrection, Fred - the half-human/half-dungeon-core hybrid - managed to reunite with Deecy, his helpful dire wolf guide and companion. Not only that, but he was able to perform an equally miraculous resurrection of Eisa, the human woman that had professed her love for him just moments before the tragic event of their deaths. But would she be the same as she was before, or would she be forever changed by the unique process that had brought her back? Accompanied by a friend from Fred’s past, the group journeys to the west in search of the Core Power Guild and the townspeople of Gatecross. Along the way, Eisa discovers the strange new abilities that she now possesses - abilities that are very similar to Deecy’s, the shape-shifting dire wolf that travels with them. Eventually, they arrive in the Deadlands, a constantly decaying landscape filled with undead monsters of all types; information on the Guild’s whereabouts are easily found, but Fred and his friends aren’t forgotten by the nature and earth cores that he had inadvertently destroyed. Is anywhere in the world safe enough to create a dungeon that will keep his friends - and those he loves - protected from the threat that the Factions pose to them? Only the broken shards of the dungeon cores he left behind know the answer to that. Contains litRPG/gamelit elements such as statistics and leveling. No harems and no profanity.