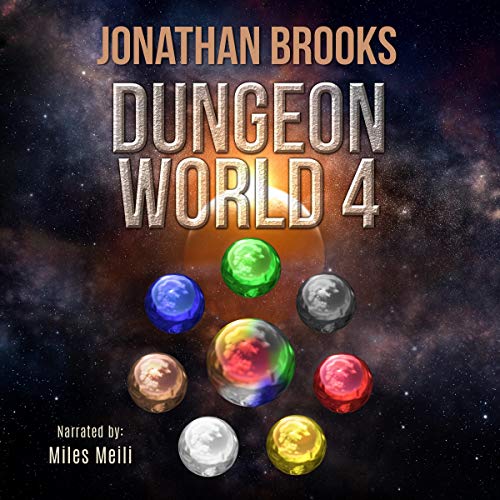 ***DUNGEON WORLD 1-3 CAN BE FOUND HERE ON FREEAUDIOBOOKPROMOCODES.COM IN EARLIER WEEKS*** In search for the townspeople of Gatecross and his Core Power Guild, Fred and his friends wind up in the city of Allroads - where they find more than they bargained for. After successfully breaking them all out of prison using his special abilities and creating a small dungeon underneath the city, his activity unfortunately gained the attention of the elemental Dungeon Core factions surrounding the large valley where the city is located. That’s because the city of Allroads is occupying the middle of what the Cores called a Convergence, an area of intense elemental concentration that produced an extraordinary amount of ambient Mana; those Convergences are protected and off-limits for any dungeons to possess, which is one of the reasons Fred gained the ire of the nearby Cores. Or, it could be because he destroyed three of their own.... Regardless of the reason, Allroads is under siege, and Fred has to help defend the city from all seven of the elemental factions pressing against his territory border, prepare for potential invaders to his dungeon with the help of his Shards, and potentially figure out a way to save both species (Humans and Dungeon Cores) from extinction. And he has to do all of that while convincing the Allroads Council not to execute him for bringing all of this trouble to their literal doorstep.... Contains LitRPG/GameLit elements such as statistics and leveling. No harems and no profanity. ***DUNGEON WORLD 1-3 CAN BE FOUND HERE ON FREEAUDIOBOOKPROMOCODES.COM IN EARLIER WEEKS***