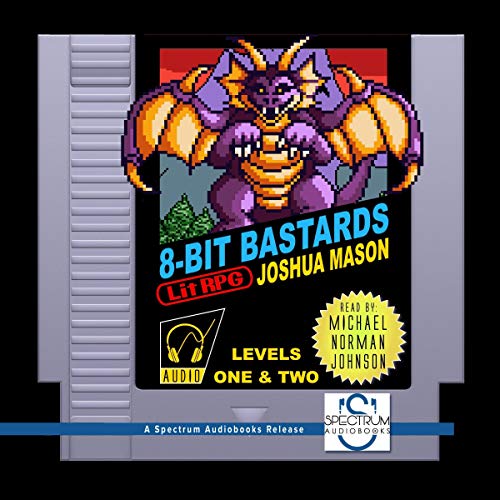 NOTE: Adult language When you’ve maxed out your level, done every quest, and defeated every enemy, there’s not much left. So after seven centuries of immortality, Sean wants nothing more than to die. Afterall was touted as a paradise, an afterlife where anyone could pursue their interests, from archery to zookeeping. The gaming was the stuff of legend, but for Sean it had grown stale. But when a woman from a past life informs him of a real, flesh-and-blood descendant that has hacked his way in, Sean finds a new purpose. The AI doesn’t take kindly to interlopers, and parks the intruder in the one realm so buggy that even the oldest, most powerful denizens of Afterall steer clear of it - the Bitrealm. Sean must enter a land created for the original gamers, people like him who cut their teeth on some of the first video games released to the public. Will Sean brave the pixelated wilderness of Bitrealm to rescue his lost kin? Or will he fall victim to the force that has been making people vanish? One thing’s for certain, he can’t do it alone. He’s going to need a few members of his original guild. He’s going to need some Eight-Bit Bastards. Book Two: Sean and the Bastards have entered the Bitrealm, and so far it hasn’t been all 1-Ups and treasure. They’ve tracked Pliny down to a castle in the mountains to the north, and they’ll need every bit of their skills, honed while playing some of the first and greatest video games, to survive its depths. But it won’t be easy. The castle soon takes its toll, separating the party and pitting them against some of the most dangerous creatures they’ve faced yet - creatures that may not be what they seem. Something has been tormenting the souls of Afterall, transforming them into shadows of their former selves. And with every twist and turn the castle throws at them, that something is getting closer. Add in a devious AI, a skeleton who’s watched too much TV, and more retro gaming goodness than you can shake a joystick at, and you have Eight-Bit Bastards.