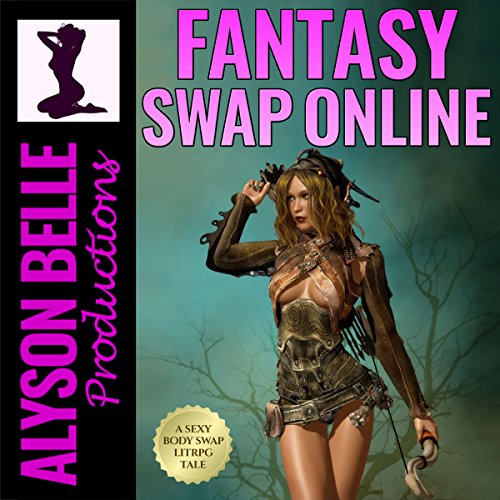 In the player-versus-player MMORPG, Fantasy Realms Online, people live out the fantasies they can't in real life, no matter how bloody or sexy they might be, and Kromgorn the Barbarian is no exception. He and his guildies make constant warfare against their rivals in the Secret Order, a guild led by the dark Lich-Lord, who's also rumored to be a crazy hacker in real life, and they make fun of players who just use the game for stupid things like getting laid. But when the Lich-Lord releases a powerful spell that traps most of the players in the game permanently, Kromgorn accidentally winds up stuck in the avatar of his friend, Lacey - a stupid, low-level female character that was designed exclusively to get down and dirty with the in-game pleasure system. Even worse, he gets captured by the orcs and thrown into their harem dungeon, where he finds he's powerless to resist his captors! The developers really modeled female bodies correctly in this game, and it's humiliating to have to go from being a high-level barbarian to a simpering little harem girl. With his guild drawing closer to an epic encounter with the Lich-Lord, they need all the high-level players they can get! Will Krom figure out a way to get himself out of this useless body and get back in time to help his friends, or will he be stuck forever working on his back in a dirty harem dungeon? The only way out of this mess might be to give in to his situation and embrace his new body in order to outmaneuver his foes. Who knows? He might even end up enjoying himself.... With hours of humorous, gender-swapped fantasy action and some very steamy scenes, this audiobook is intended for mature audiences who enjoy FF and MF encounters with lots of gender-bending fun.