Love is War (The Clans Book 5) 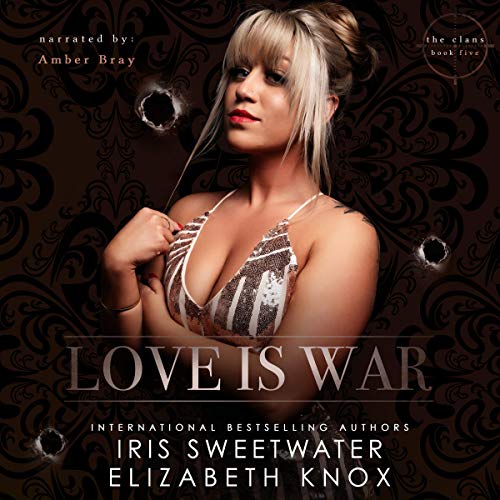 Publisher's Summary Rhys I owed Mariana so much. I’d betrayed not only her, but The Clans - my country, my people; my own flesh and blood. With so much lost because of me, when Mariana gave me a chance at redemption I was quick to take it. I was needed in the Ukraine, and so I went. But now a vicious woman named Vera is throwing me off my game, and, despite all my preparations and all of my research, I knew nothing of this woman. She was a ghost - a nightmare - appearing from thin air to complicate things. Over time, however, I began to know her for what she was: a thug, a woman lost in her own mind, nothing but a street rat. How on earth could I be expected to work with such a woman; what happens when you have to barter with someone like that? I owed Mariana so much, and, though I knew nothing of her, she knew enough about me to make that impossible. She knew that I would sooner die than go back on my word. All too quickly I’m being taught a valuable lesson by Vera: “love is war”. ©2019 Knox Publishing (P)2019 Knox Publishing