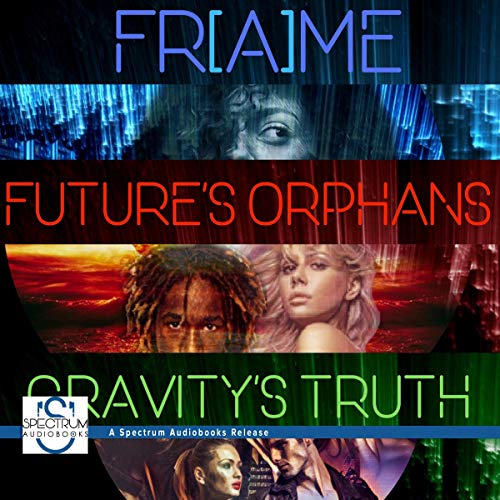 Book 1: How far would you go to save someone who was already dead? Hannah Morgan is a content producer for internet sensation and millionaire playboy, Mathew Albrecht. When she discovers his possible ties to a global terrorist organisation, her investigation becomes more troubling the deeper she goes. Could her client’s involvement also be linked to the death of her husband years earlier or is it something more sinister? Enlisting two ex-military guns for hire, a young hacker and her dead husband's AI, Hannah must confront the demons of her past to save the future. Frame is a complex Cyberpunk thriller, set in a world poised on the brink of insanity. Book 2: In an uncertain future, the truth can get you killed. Cassidy Nolan is a drug addicted journalist, disgraced after releasing one of the most iconic images of the new millennium. Fourteen years later, the world teeters on the verge of ecological collapse. A chance encounter with a sociopathic street kid will send her on a journey into chaos that may lead her to uncovering the biggest story of her career. Pursued by a burnt out ex-military contractor determined to earn his reward, there are no guarantees that she will live long enough to reveal what she has found. Blade Runner meets Mad Max in this action packed near-future thriller from the author of Frame.