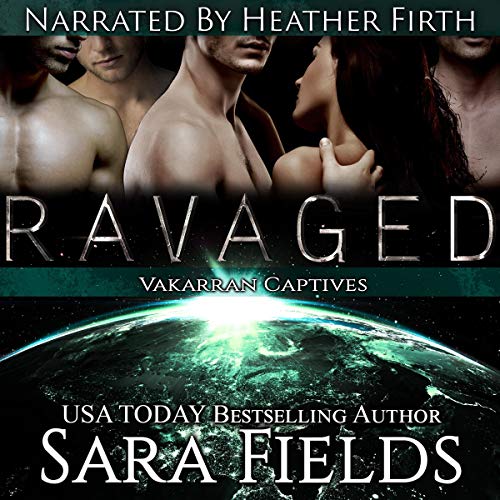 They rescued her. They tamed her. Now they will ravage her. Though the aliens were the ones I always feared, it was my own kind who hurt me. Men took me captive, and it was four Vakarran warriors who saved me. But they don't plan to set me free.... I belong to them now, and they intend to make me theirs more thoroughly than I can imagine. They are the enemy, and first I try to fight, then I try to run. But as they punish me, claim me, and share me between them, it isn't long before I am begging them to ravage me completely. Publisher's Note: Ravaged is a stand-alone novel which is the third book in the Vakarran Captives series. It includes spankings, sexual scenes, intense and humiliating punishments, and strong D/S themes. If such material offends you, please don't buy this book.