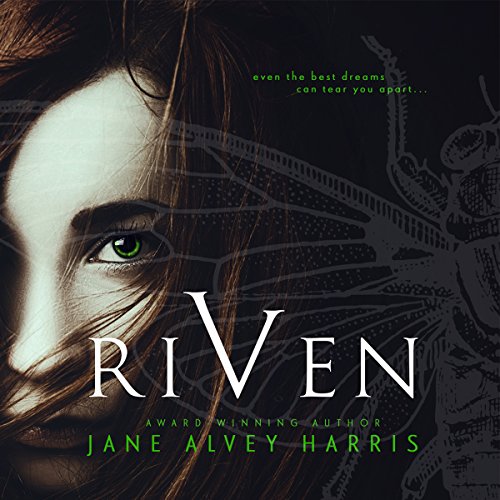 Which reality would you choose? Seventeen year-old Emily's dad is in prison for securities fraud and her mom's strung-out on pain meds, leaving Emily to parent herself and her younger brothers and sister. She's got things mostly under control until a couple weeks before Dad's release, when voices start whispering in her head, and Gabe, the hot lifeguard at the pool, notices the strange brands engraved on her arm...the ones she's trying desperately to hide. Emily doesn't know how the symbols got there or what they mean. They appeared overnight and now they're infected and bleeding. She's pretty sure she's losing her mind. Stress, insomnia, and her wounded egos drive Emily to self-medicate, which has to be why the nightmares from her childhood have resurfaced, why they're commandeering her conscious even when she's awake. It has to be why the fairytale creatures she created as a little girl insist they need her help. Triggered by the return of her childhood abuser and unable to cope with reality, Emily slips completely inside her elaborate fantasy world. She's powerful in the First Realm, maybe even more powerful than her attacker. It would be so easy to stay there, to lose herself in enchantment...to lose herself in love. But something sinister lurks in the forest shadows. Emily soon discovers her demons have followed her inside her fairytale. They're hunting her. With the help of the Fae, she frantically searches for the weapons she needs to defeat her greatest fears and escape back to reality before the man who tortured her can prey on her younger brothers and sister, too. Time is running out... Winner of Publishers Weekly BookLife Prize for Young Adult, Readers' Favorite Gold Medal, National Indie Excellence Award Gold Medal, Moonbeam Gold Medal and Royal Dragonfly Gold Medal. *Non-explicit trigger warning for child abuse.