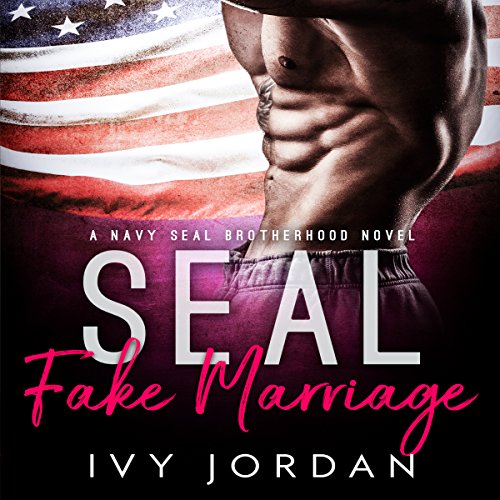 The perfect fake marriage to get the guy she always wanted... Blake hated the thought of coming back home, a home that was broken and unfamiliar. Her parents were gone, and her brother, when she needed him the most, was in the Navy SEALs, far away, and unconcerned with how she was dealing with their parents' deaths. Now, because he's a father, and she's an aunt, is she supposed to just forgive and forget, live life like they were a happy little family? No thanks. Aiden, Blake's older brother's best friend and buddy from the SEALs was one bonus for returning home. He was tall, dark, and beautiful, and she'd had a crush on him since she was just a little girl. Now, he offered her something she never thought she'd have again: a family, even if it were pretend. A perfect set-up. He gets his mother and abeula off his back, she gets to marry the man she'd always wanted.... And who knows, maybe if she can get his attention while living in his house and pretending to be his wife, she may actually get a family, true love, and everything she's always wanted.