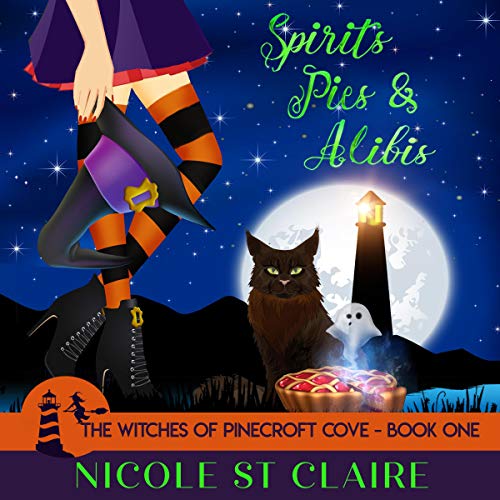 After moving to the magical world of Pinecroft Cove, will Tamsyn’s life ever be normal again? Tamsyn Bassett is having a bad week. Like the "losing your job and getting dumped by your boyfriend" kind of bad. So, when her great-aunt invites her to spend the summer at her inn on a remote island in Maine, Tamsyn jumps at the chance. But instead of the peaceful getaway she expected, she's immediately confronted with the preposterous revelation that she's descended from a long line of kitchen witches and is the last hope of her generation to keep magic alive in Pinecroft Cove. That she's the world's worst cook could be an issue. As if navigating a strange new world of spells, magic, and exploding blueberry pies isn't enough to handle, that awkward boy who had a crush on her when they were kids seems to turn up everywhere she looks. Only, now that he's a super-dreamy doctor, it's Tamsyn's turn to be the awkward one. If she didn't know better, she'd swear someone put a hex on her. One more thing. Tamsyn's pretty sure she's being haunted, and not by just any ghost but by Doctor Dreamy's dead uncle. If she can't harness her powers in time to figure out the truth behind his mysterious death, she may never have a moment of peace again. When death strikes the island’s controversial real estate mogul, will Tamsyn’s newly discovered powers be any match for murder? Don’t miss the new Witches of Pinecroft Cove series of paranormal cozy mysteries!