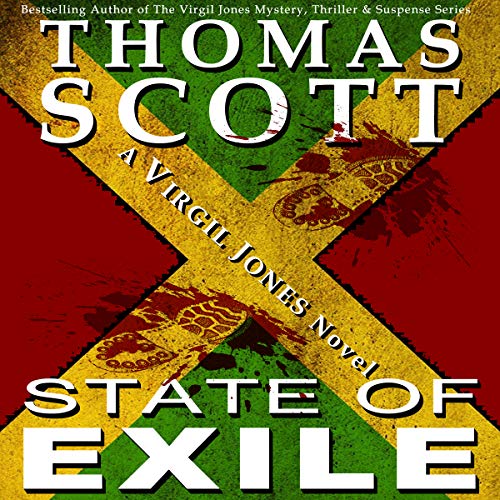 ndiana's Major Crimes Unit Detective Virgil Jones knew it would come back on them one day. He just didn’t think it would happen quite so soon.... When Immigrations and Customs Enforcement Agent Chris Dobson goes after one of Virgil's own, he does so in a horrific manner, one that leaves Virgil and his wife, Sandy, in shock and exiles two of their best friends at a time when they need them the most.... Virgil's life is in a state of chaos. He's managing a new family, a bar he owns with his best friends, he’s trying to unload 2,000 acres of inherited farmland in Shelby County without giving up the mineral rights, and he is working both for and against the head of the MCU, Ron Miles. But something else is happening as well: He feels as if his mind is not his own and the turmoil and confusion have placed him at a crossroads.... Three months ago, Virgil rescued a young woman, Patty Doyle, from certain death. As a result, Patty and her uncle, Rick Said, show their gratitude by using Virgil’s Shelby County farmland as a test bed for their new natural gas extraction method, one that Virgil hopes will free him and his family from a major burden in their lives. But while extracting core samples for testing, Patty is once again forced to face her demons, all while making a discovery that will either save Virgil financially, or ruin him once and for all.... But Patty’s discovery brings pure evil to light, and Dobson's thirst for revenge put forces in motion that change everything. And when it does, not only does Virgil once again find himself and those he loves at the very center of terror, he makes an unexpected and perilous decision, one that will ultimately change his life forever, because for Virgil, all crossroads lead back to Shelby County. You’ve felt the anger. You’ve experienced the betrayal. You’ve taken control. You've faced the deception. Now, it’s time to accept the Exile. Grab your copy today!

Sorry, there are currently no UK codes available