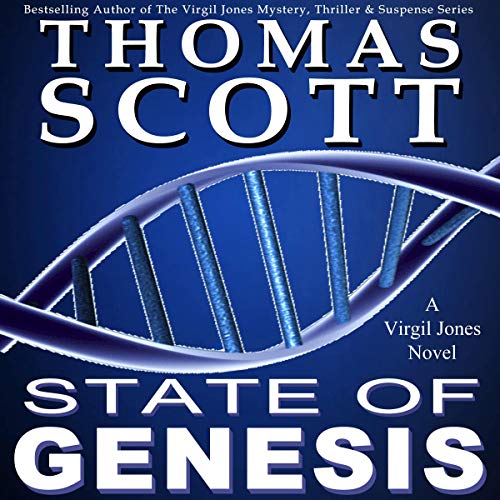 Detective Virgil Jones is about to discover that the genesis of a friendship from long ago wasn't just a beginning. It could be his end. Pete Long has it made. As a star high school basketball player, he's just received a full athletic scholarship from Purdue University and is already being scouted by the pro team. But when Pete meets up with a group of street players, something terrible happens. And Pete's life is changed forever. Virgil's wife, Sandy, the lieutenant governor of the State of Indiana is working with the governor and Senator Michael Wright to pass legislation that has the potential to change the voting system, not only in their state, but all across the country. But not everyone wants the vote to pass. In fact, there are people who will do anything to ensure that it doesn't. Rick Said, owner of the sonic drilling units that made Virgil and Sandy wealthy, has a problem. The sonic drill units operate in part via artificial intelligence, something Said's engineers know nothing about. And when the company Said contracted with for the AI technology decides to discontinue their relationship, Said asks Virgil to find out why. But Virgil has something that takes priority over Said's request. Senator Wright's son, Garrett, has been murdered. Was the murder a message to the senator to back away from the bill or something else entirely? As Virgil and the rest of the Major Crimes Unit begin to look into Wright's death, they not only discover a twisted web of lies and deceit, they find themselves caught in the crosshairs of a killer. The Virgil Jones Mystery Series: You've felt the anger You've experienced the betrayal You've taken control You've faced the deception You've accepted the exile You've fought for freedom Now, it's time to understand the genesis..