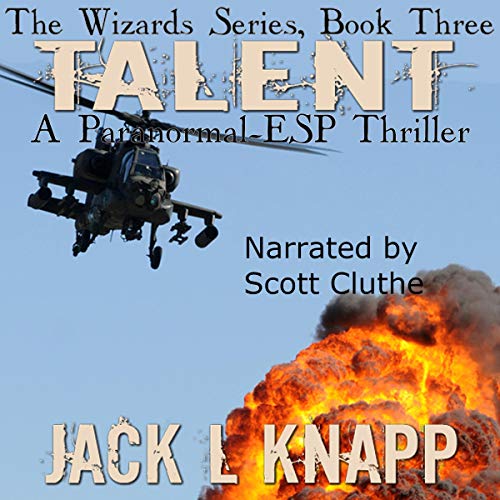 The joint NSA/CIA school worked, although not as its designers intended. Some did, indeed, develop usable telepathy. Others were partially successful, able to communicate mind-to-mind, but only with others like themselves. And some gained abilities the school’s designers never intended - psychokinesis or the ability to move objects by mental power alone; levitation, which in practical terms, is the ability to fly; and much more. Much, much more. The school, in its short existence before fearful controllers shut it down, had an unexpected and very unfortunate side effect: The paranormal abilities soon began to spread. Simple proximity to someone with a talent was enough. Too late, the school’s administrator acted. One by one, the former students were tracked down and eliminated. But one escaped. He found three like himself, talented, and together, they went into hiding. But already, there are others. And some of the newly talented are criminals. One of the crooks, arguably the most powerful psi of all, has begun recruiting an army of people like himself and also ordinary military forces armed with stolen weapons. Forced to act, even if by doing so they once again attract government attention, the former combat wizard and his friend Ray offer to help the police. But can even they prevail against the mad ESPer who thinks himself a god?