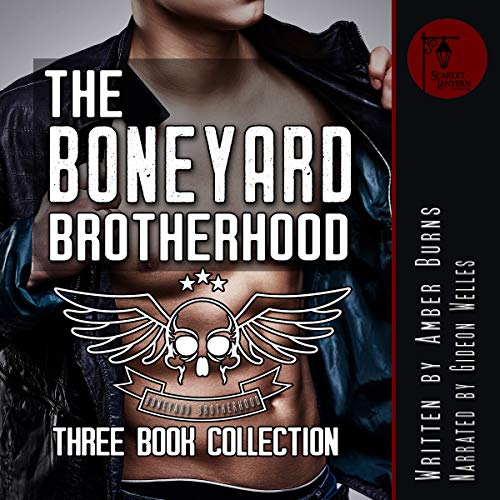 Overhaul I can repair an engine. Can she overhaul me? After the incident in Iraq, I found myself at the end of my rope, contemplating the taste of my 9mm. That's when he found me; they found me. The Boneyard Brotherhood took me in, gave me purpose. My life became about my bike, my brothers, my freedom. But there was still something missing - something I needed but couldn't put my finger on. That something came walkin' in the door of our club, wantin' to serve papers to Teddy, the man who brought me to the Brotherhood. She was meek, conservative, shy. What she didn't know was that she was also going to be mine. Once I laid eyes on Madi, I knew I had to have her, her curves, her subdued smile, the way her face flushed when I called her Sweetcheeks. But before I could make her mine, I had to convince her to look past the tough tattooed biker image she was afraid of and find the real me. Enforcer I'm an Enforcer. It's what I do. I was brought to the Boneyard Brotherhood to do one thing: keep everyone in line. Break our code, run afoul of our laws? It's my boot that will be bringing you back in check. If there was a problem, I'm the one who took care of it by whatever means necessary. My own safety was never a concern. I enjoyed the thrill, the adrenaline, and the rush that I had lost since leaving the marines. But all of that changed when I met her. Dylan, the nurse who patched me up after a mission went a bit afoul, she managed to set up shop in my head. It was something no other woman had done before - make me care about not only her but myself. Suddenly, I minded if I was going to be in danger, shot at, or stabbed. I had to change - for her. But would the Brotherhood let me? Rebel When I joined the force after coming back from the sandbox, I didn't expect my day-to-day life to be anything but routine. It wasn't. I was barely more than a rookie when I was tapped to go undercover with some biker gang made up of other veterans...the "Boneyard Brotherhood" they called themselves. While my partner, Tara, posed as my pretend girlfriend, we were tasked with finding evidence the sheriff could use to convict the members. It seemed easy enough. It wasn't, though. Things soon got complicated, both at the Boneyard and between Tara and me. I had feelings for both. The members of the brotherhood had become just that, brothers, and I wanted to drop the "pretend" from my status with Tara. But it was only a matter of time before the Boneyard found out I was a plant, and I was going to get stung.