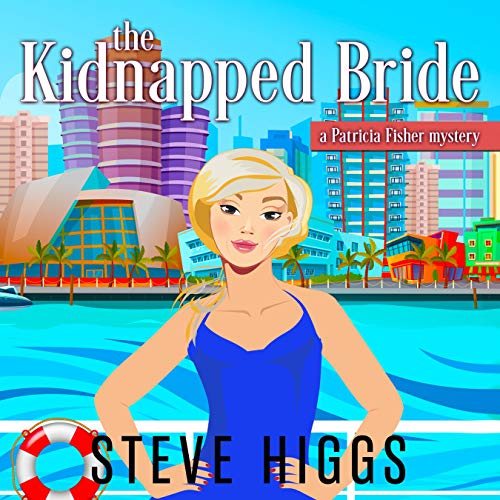 Patricia just wants to spend more time in the company of Alistair Huntley, the offensively handsome captain of the Aurelia who seems only too happy to host her. But as the Aurelia sets sail from Miami, it does so with a dangerous new addition: There is a mob boss among the passengers, and he’s on the run - from more mobsters! Any romantic notions are soon put aside when the mobster’s reluctant-looking bride-to-be goes missing, and Patricia is unexpectedly volunteered to solve the mystery of her disappearance. There’s a cryptic ransom note where the missing woman should be, and one of her bodyguards is soon found - with a hole in his head! Regretting her decision to help out, it’s not long before the opposing mobster factions take an interest in Patricia’s involvement. Someone has the missing bride, everyone wants her, and they all think Patricia knows where she is. With the ever-faithful butler, Jermaine, at her side and the perfect blonde, Barbie, to distract the men, Patricia will still have to go all out to unravel the riddle before anyone else turns up dead. Where is the kidnapped bride? Find out for yourself as you take another hilarious, action-filled voyage with Patricia Fisher. UK author and narrator!