The King of Satan's Eyes 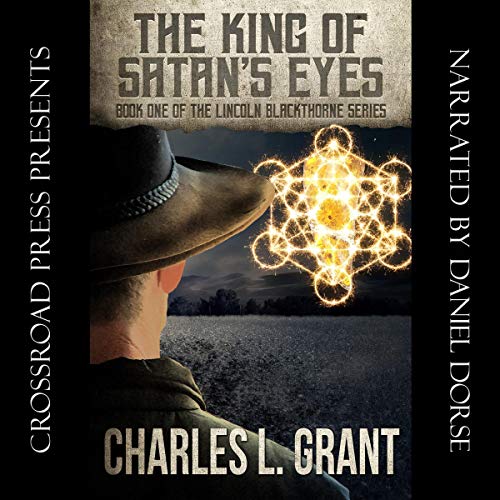 To his neighbors in the sleepy hamlet of Inverness, New Jersey, Lincoln Blackthorne is a tailor. Far from major population centers, highways, airports, or trains, Inverness is just about the last place you’d expect to find an international soldier of fortune and treasure hunter. But that’s exactly what Blackthorne is - one of the best - and he’s about to embark on his most dangerous journey: the quest for a priceless work of art, a deadly magical talisman, an object of dire arcane power. His opponent is the viperous Anton Reddick, an evil millionaire who’ll stop at nothing to fulfill his desires. The chase is on from New Jersey to Peru and finally to Inverness, Scotland, where Lincoln Blackthorne must face not only Reddick and his cutthroats but also his own deepest fears and nightmares. Whether he's cruising at 9,000 feet in a pilotless plane filled with poison, risking his hide in a red-hot batch of lava, or taking his chances with a red-haired seductress, it's all in a day's work for the misfit spy and master tailor out to sew up the case...before it unravels him. If you have an eye for run, fantasy, and futuristic firepower, Lincoln Blackthorne is the man to watch.