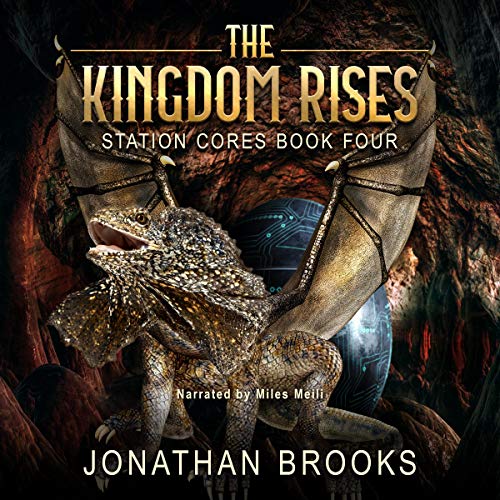 The Fortress that the Station Core had constructed was completely destroyed following a particularly brutal attack by superior forces - but they had won, albeit by the skin of their teeth. Fortunately, using his drones and multiple Molecular Converters to clean up the rubble, Milton was able to piece together everyone who had fallen under the Bearilla’s assault. Unfortunately, the force that had attacked him on his home turf was only a very small portion of those heading inevitably closer to the Kingdom’s border. After the beating that they had just taken, Milton, Rosewyn, Moxwell, Brint, Whisp, and the rest of the Guardian Guild knew that even with access to the Station Core’s dungeon, they wouldn’t be able to save the entire Kingdom all by themselves. Therefore, they must do all they can to delay the northern army of Bearillas and Quizards, knowing all the while that time was not on their side. Meanwhile, other plans are hatched to bend the citizenry to their cause; however, Milton and the others are not the only ones devising plans - the Cordpower Company still has it out for the Guild. But will their efforts be enough to save everyone? Only the brave actions of the Proctans - and Milton’s Combat Units, of course - will determine that, as various plans come to fruition as The Kingdom Rises. Contains LitRPG and GameLit elements such as level progression and experience, optional tables, no harems, and a heavy Dungeon Core emphasis. PLEASE NOTE: When you purchase this title, the accompanying PDF will be available in your Audible Library along with the audio.