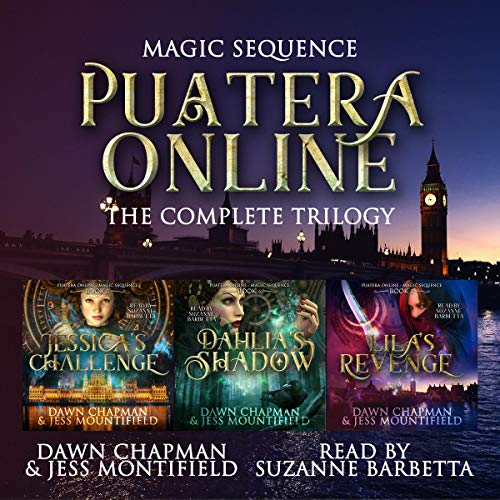 Contains all 3 of the sisters journeys - Jessica's Challenge With her future decided, 18-year-old Jessica and her sisters sneak off for one last night of fun. Breaking into their mother's lab, the three of them are thrust into the glitchy online world of Puatera. Dahlia's Shadow Dahlia has spent her entire life in Lila's shadow. Being the quiet twin, she shied away from sports and never excelled in any of the ways her sister did. Yet, thrown into the glitch-filled world of Puatera, her sister is no longer there to protect her, forcing Dahlia to uncover hidden strengths or be buried by her weakness. Lila's Revenge Always a fighter and a gamer, Lila finds herself in a dungeon with two dumbass guardians and a monster to kill. After she escapes the dungeon, her gamer life is then enslaved to a demon, who has only one thing on his mind - training her to kill his new opponent, an NPC named Maddie Vies.