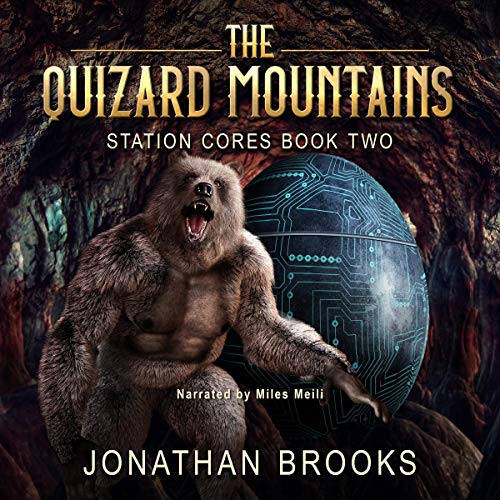 The Station Core known as Milton has barely survived the first concentrated attack by hostile Proctans, leaving his "dungeon" destroyed and most of his defenders dead. Not the most auspicious start. But now, with the addition of Brint and his inventor friend, Whisp, Milton now has the tools available to turn his dungeon into one that should easily defend against all comers - or at least he hopes so. However, when the Cordpower Company - the makers of the original Power Potion - contract the best of the best to find out what happened to their agents, Milton’s dungeon is put to the test against two Proctans who are way out of his league. Meanwhile, Brint learns more about his ability to control the Combat Units that Milton creates, eventually being put into a position to lead an expedition into the Quizard Mountains. He hopes to find enough resources inside the caves to fully outfit the dungeon, making it even deadlier than it already is. Unfortunately, he finds something else.... Contains litRPG/gamelit elements such as level progression and experience, optional tables, no harems, and a heavy dungeon core emphasis. PLEASE NOTE: When you purchase this title, the accompanying PDF will be available in your Audible Library along with the audio.