When A Man Marries 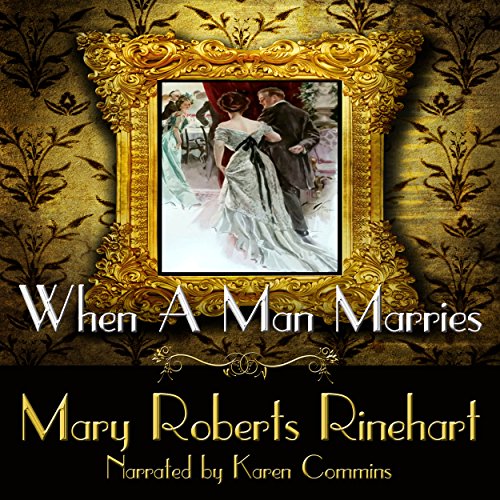 Needles and pins. Needles and pins. When a man marries, his troubles begin. New York socialite Kit McNair decides to host an impromptu dinner party at the home of her friend, Jimmy Wilson, to cheer him up following his divorce. What could possibly go wrong? Due to her ability to write enthralling mysteries, Mary Roberts Rinehart later became known as the Agatha Christie of America. When a Man Marries was based on the successful 1909 Broadway comedy Seven Days, which Rinehart cowrote with Avery Hopwood. In 1910 the book - with its delightfully satisfying blend of mystery, romance, and humor - was number 10 on the national best seller list.